Alpha Epsilon Omega was established on December 20, 2000 by Hakop Sinoryan, Misak Zetilyan, and Antranik Satamian at California State University, Northridge. During a High School Exchange trip to Armenia in the spring of 1999, these men saw an impoverished nation with wide spread corruption and injustice. Upon returning to the United States, their experiences in Armenia and a passion for their Armenian heritage inspired them to establish an after-school program for the Armenian youth in their hometown of Pasadena, California. As freshmen in college, their studies and work created time constraints forcing the triumvirate to abandon the after-school program in the fall of 1999, still in the planning stages. The notion of “unity for the advancement of the Armenian nation” was still living in the minds of the Triumvirate. At the completion of the spring 2000 semester the Triumvirate convened to reignite the mission of creating a social, cultural, and philanthropic organization for the advancement of the Armenian nation. They agreed on the establishment of a lifelong fraternal society which would serve as a catalyst in executing the principles set forth by the Triumvirate.

Joining Alpha Epsilon Omega will make your college experience one to remember. Brotherhood, academics, philanthropy, social life, fun and most importantly a pursuit of a better Armenia are facets of being a member of Alpha Epsilon Omega.

Brotherhood is a key element at Alpha Epsilon Omega, where life-long friendships are made. Sharing good times with your fraternity brothers is an experience that can’t be matched. By becoming a member of Alpha Epsilon Omega you will enhance your college experience and build your network all while making them the best years of your life.

At Alpha Epsilon Omega we hold academic achievement above all else. As a member you will find that your brothers are often your most valuable academic resource. In addition, we  provide resources to our members who would like to learn more about Armenian history, language, and culture.

At Alpha Epsilon Omega, we have only two objectives for our pledges, to learn about the traditions of our fraternity and to have fun. Most brothers fondly remember their pledge term as their most exciting semester of college. During your pledgeship, you will establish life-long friendships, have unforgettable experiences, and embrace the virtues of your new fraternity.

At Alpha Epsilon Omega, we regularly participate in sporting events both at school and in the community. We participate in Intramural tournaments on campus, competing against other fraternities and clubs.

We hold rush at the beginning of each term, at this time you will see our flyers and billboards on campus. The best way to rush is to ask the brothers, who will be wearing t-shirts and sweatshirts with the letters of AEO, for information on rush events. If you have any questions or would like to rush  contact us. 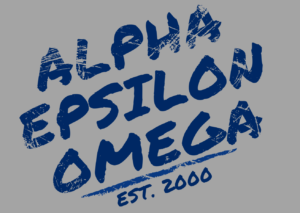